MyNetDiary can import recipes from other iOS apps, if the app provides "share" functionality.

In Safari web browser or in another recipe app (such as Paprika or AllRecipes), open the recipe you want to import and tap the Share button. In some apps, Share could be a menu option or it could be named differently, for example "Share Link." 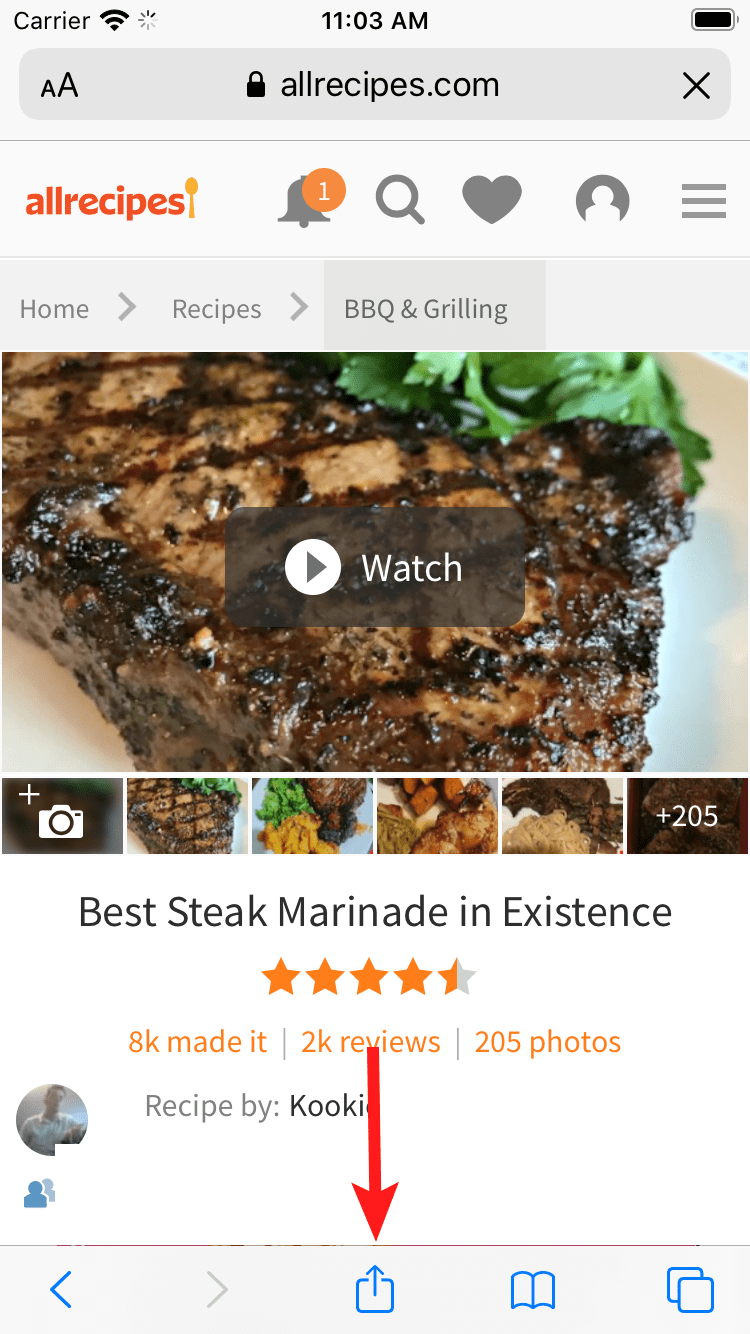 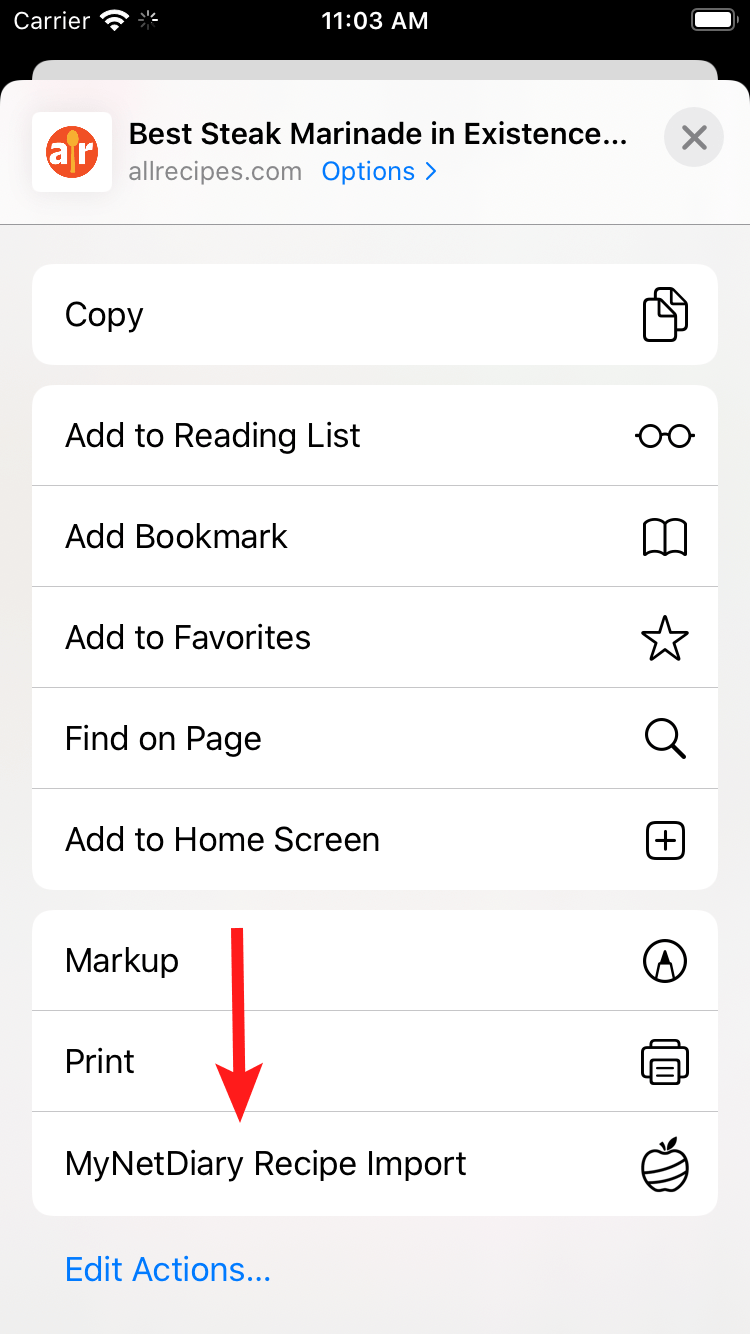 If you don't see MyNetDiary Recipe Import action after tapping the Share button and scrolling to the bottom of the share sheet, tap Edit Actions.... Next, find MyNetDiary Recipe Import action in the list and turn on the switch next to it. You can also tap the green plus button to the left of the action name to make it one of your favorite actions. Finally, tap Done in the top right corner of the screen. 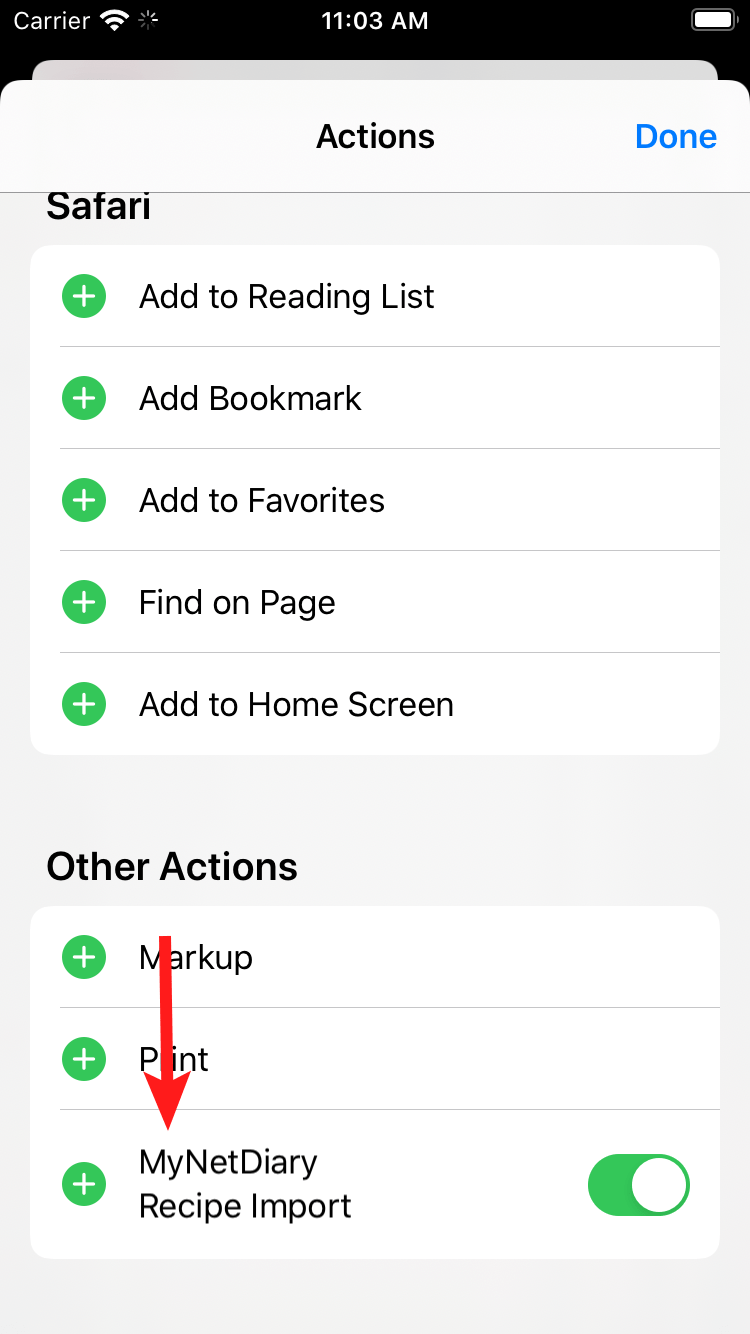 Seeing MyNetDiary Recipe Import in Apple Music and other apps

iPhone does not allow managing sharing "per-app." If you enable MyNetDiary Recipe Import action via Edit Actions... in any app, this action will be offered in all other apps.

This is a limitation of iPhone iOS, and we hope this will be improved in future versions of iOS.