The text and images in this blog post come from Using Siri with MyNetDiary online help guide found in MyNetDiary's Settings / Siri screen. We decided to post this guide on the blog since many people do not read online help screens.

MyNetDiary provides many useful features and shortcuts for Siri. When Siri learns how you use MyNetDiary, it will start offering you shortcuts. 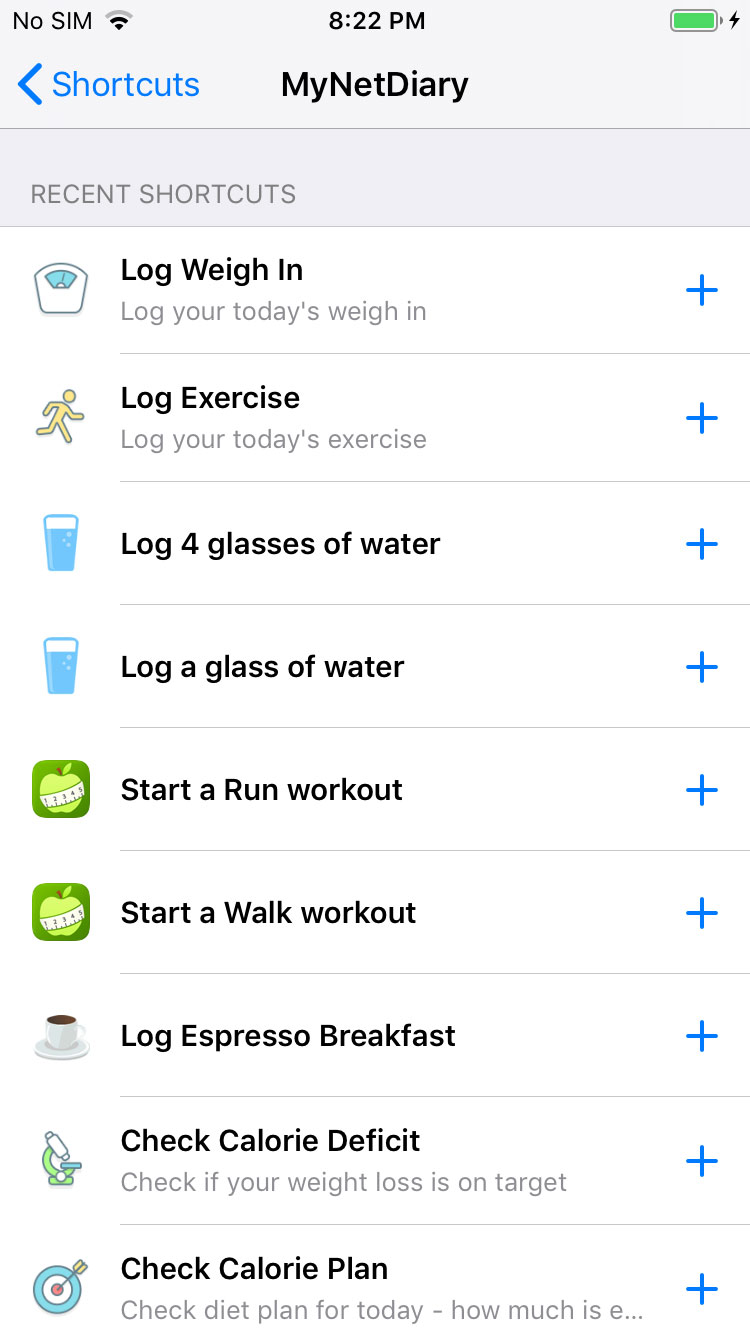 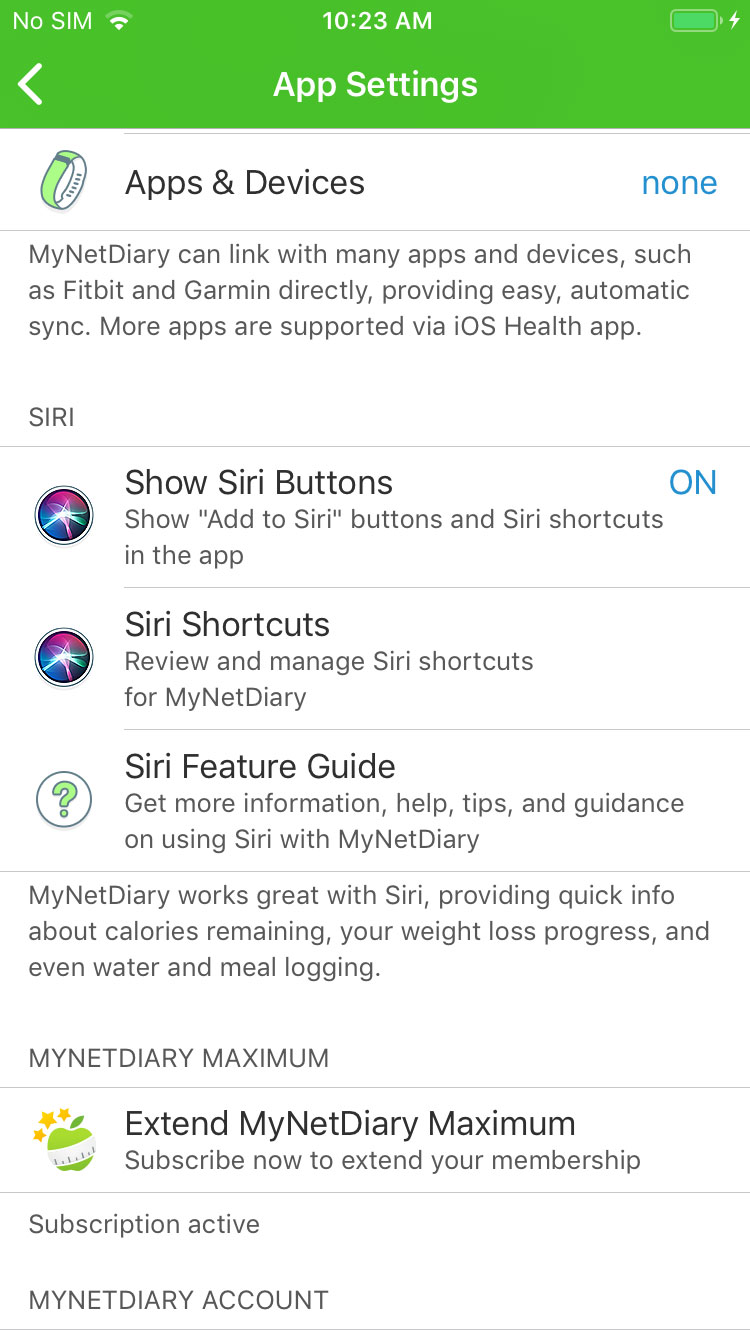 One thing you might want to do is check how many calories you have left for the day according to your Plan. To create a Siri shortcut for this, go into MyNetDiary's Settings / Siri, tap "Siri Shortcuts," then tap the first row, "Calorie Check." Tap the red button and say (for example) "Check Calories." Speak clearly and try to enunciate both words so that Siri can easily identify the phrase the next time you speak it. When you say "Hey Siri check calories," Siri will tell you how many calories you have left from your Plan, just like on Dashboard. 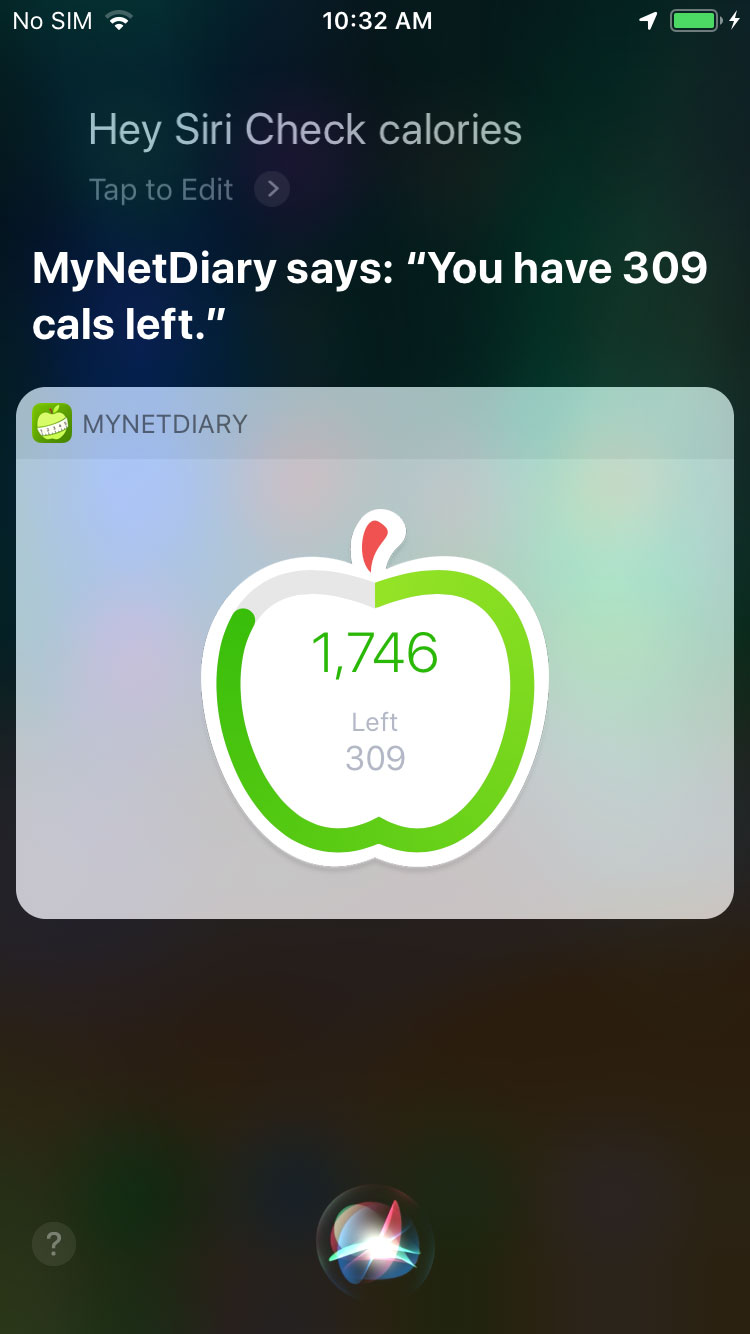 Another thing you might want to do is to check your current calorie deficit for the day. Just like with the Analysis screen, this tells you if your calories deficit is on track to meet your target weight by your target date. MyNetDiary suggests using the phrase "Calorie Deficit" for this shortcut (using the instructions described above). 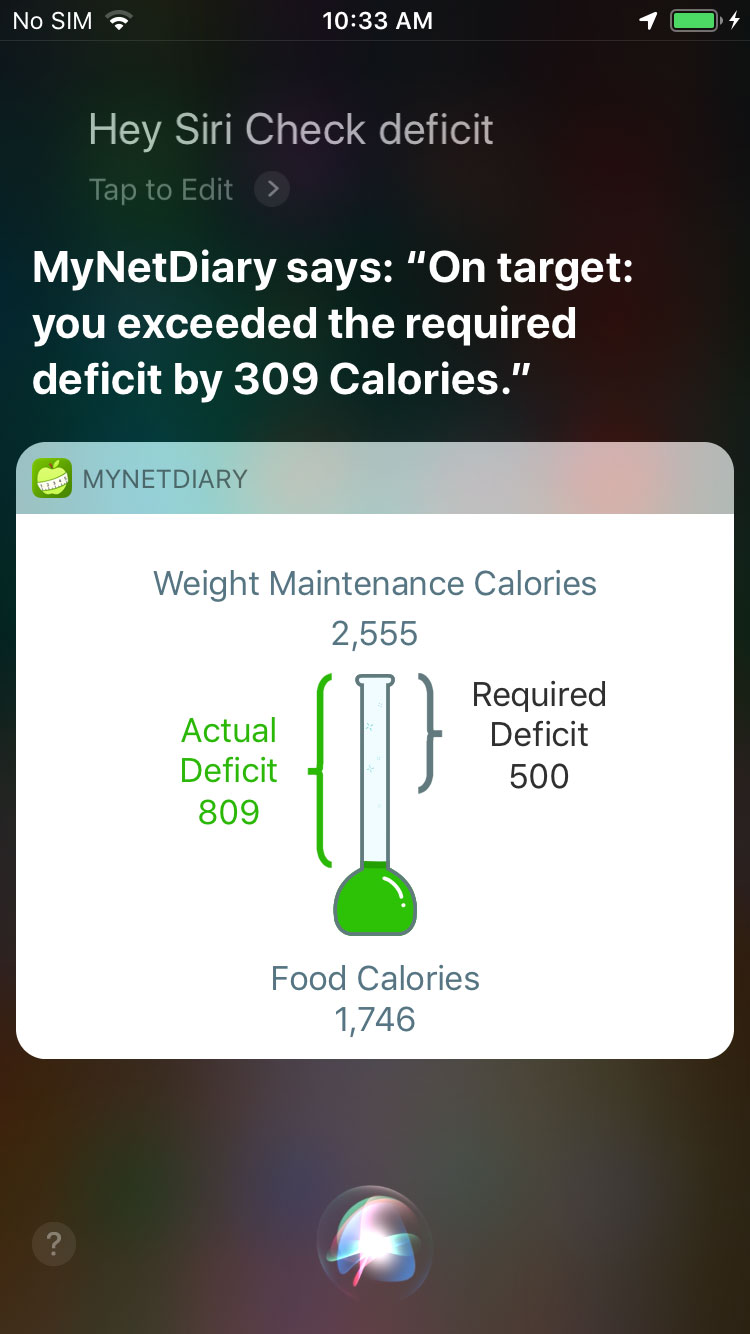 By the way, you can also add or edit both of these shortcuts from the Daily Analysis screen - scroll down to the very bottom of the screen to find the Siri shortcuts. 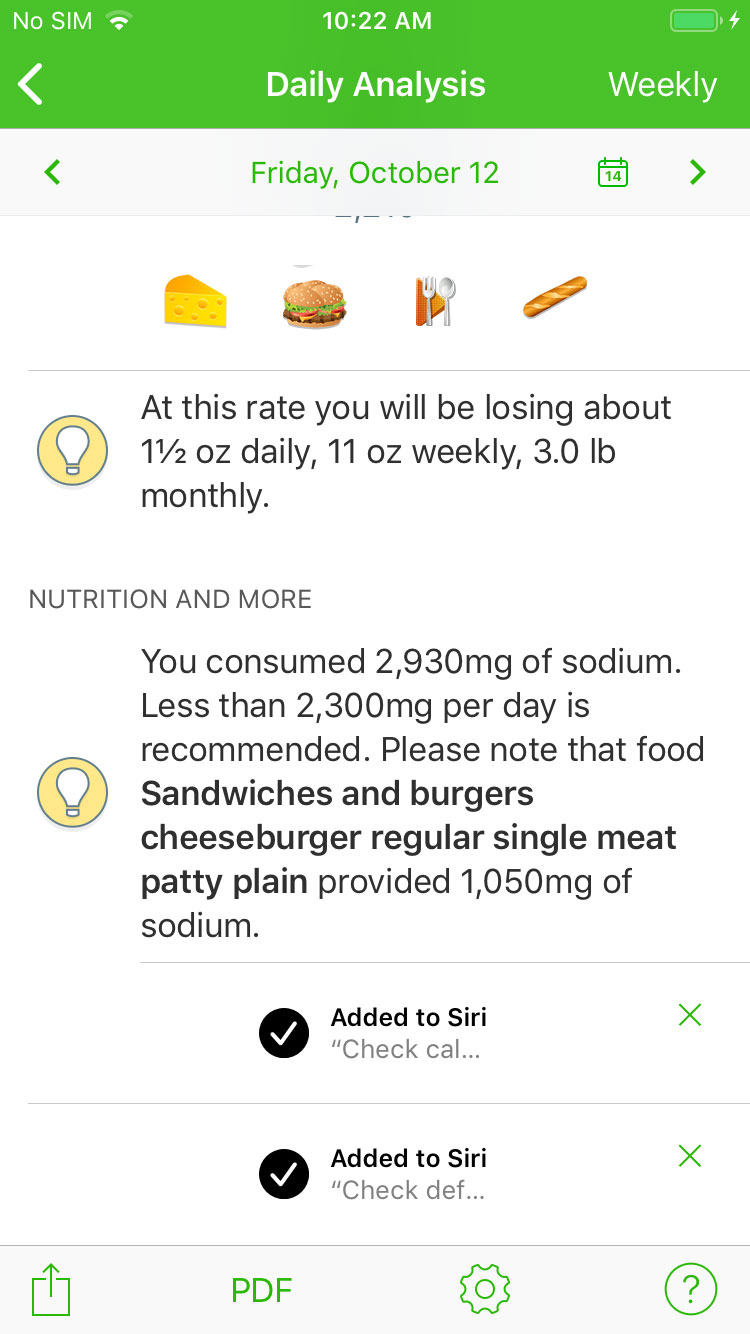 Another thing you can make easier with Siri is logging water intake. On the Water screen in MyNetDiary you can add a Siri shortcut to log one glass of water. Use a simple phrase such as "log water." 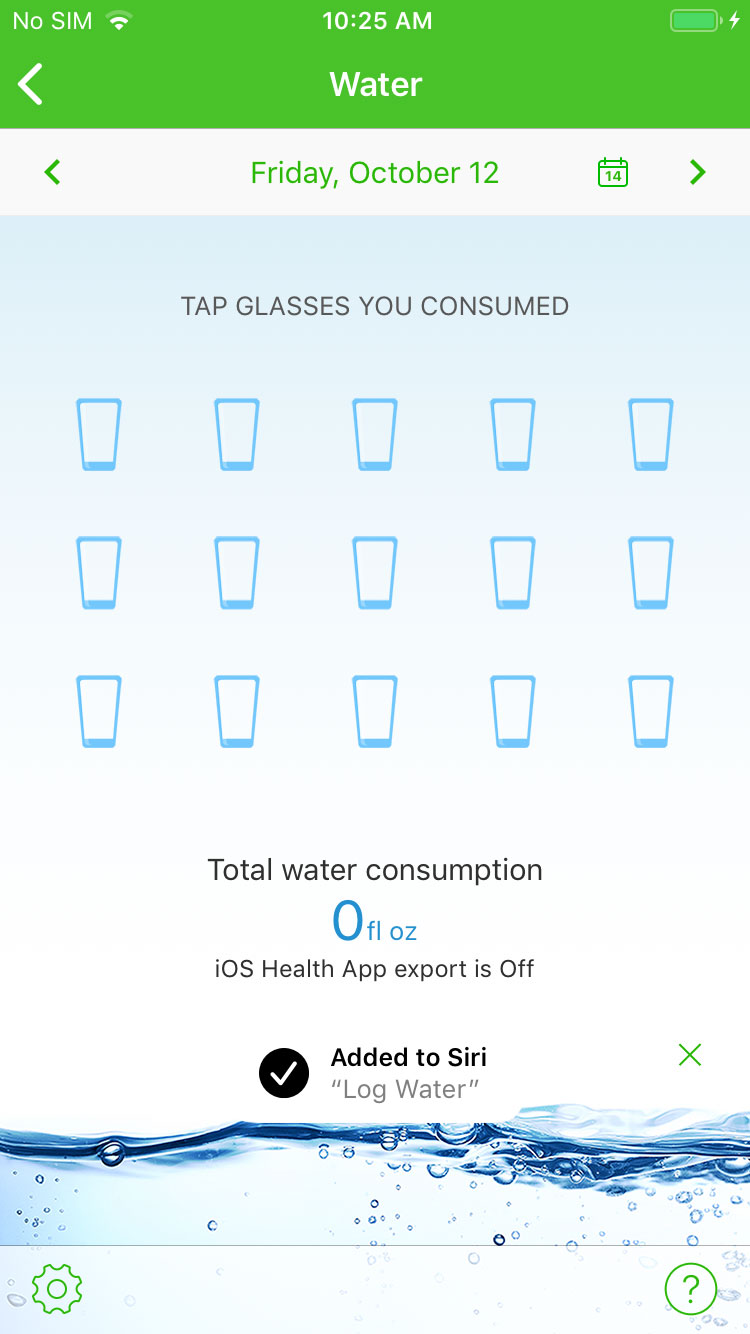 This is what the screen looks like when you use that Siri shortcut to log water (e.g. after you say "Hey Siri log water." Siri will reply "ready to add" and you should reply "add" if you want to add one glass of water. 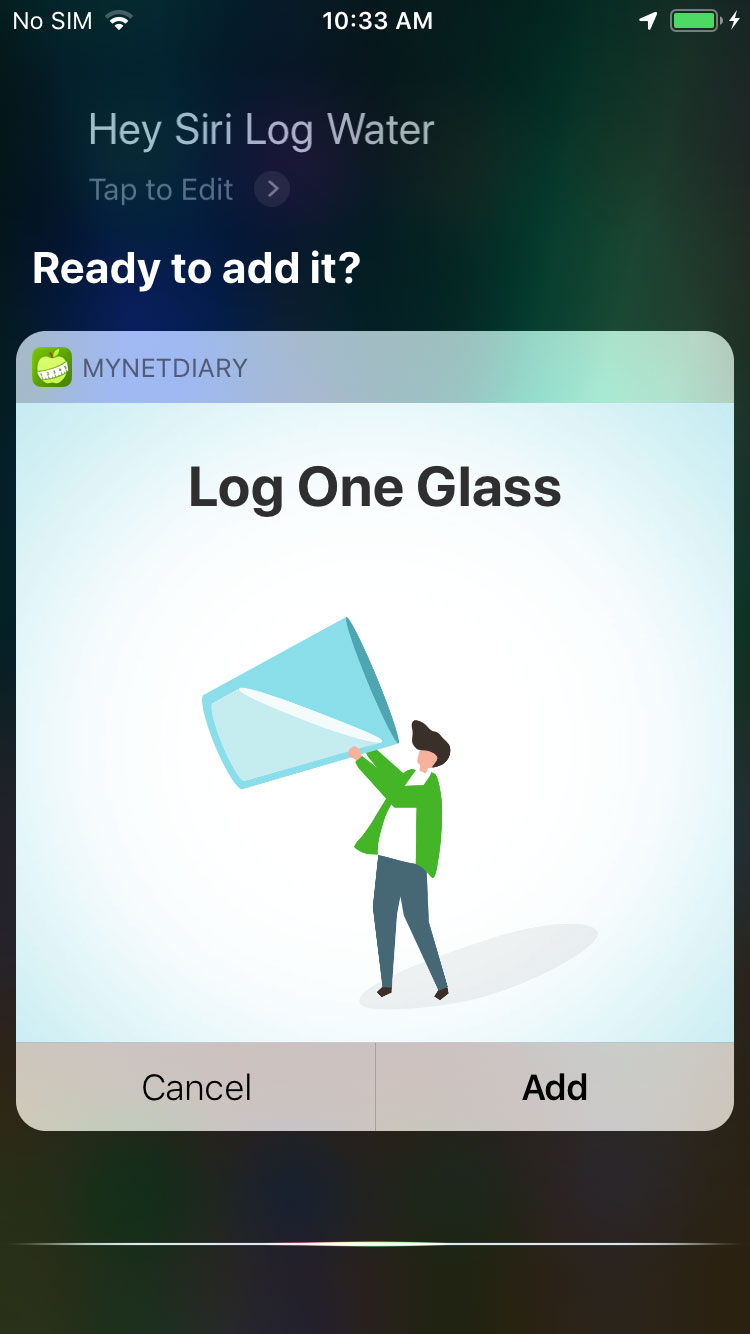 If you frequently eat the same foods together, you might consider creating a "My Meal" so that you can log it using a Siri shortcut. For instance, let's say you frequently eat strawberries, Kashi cereal, lowfat milk and espresso for breakfast. To create a "My Meal," tap the 3-dot menu bar on the top right hand corner of the meal screen, tap "My Meal," then name it "Espresso breakfast." Next, go to MyNetDiary's Settings / Siri screen, tap Siri Shortcuts, scroll down to "My Meals Shortcuts," tap "Log Expresso Breakfast," then tap the red button and say "Log Espresso Breakfast." Now you have a Siri shortcut that will log that particular meal if you say "Hey Siri Log Espresso Breakfast." Note that Siri will say "Ready to add Espresso Breakfast" and you should reply "Add" if that is the correct item or "Cancel." If you don't reply, Siri will ask you one more time and if you still don't reply, the action is cancelled. 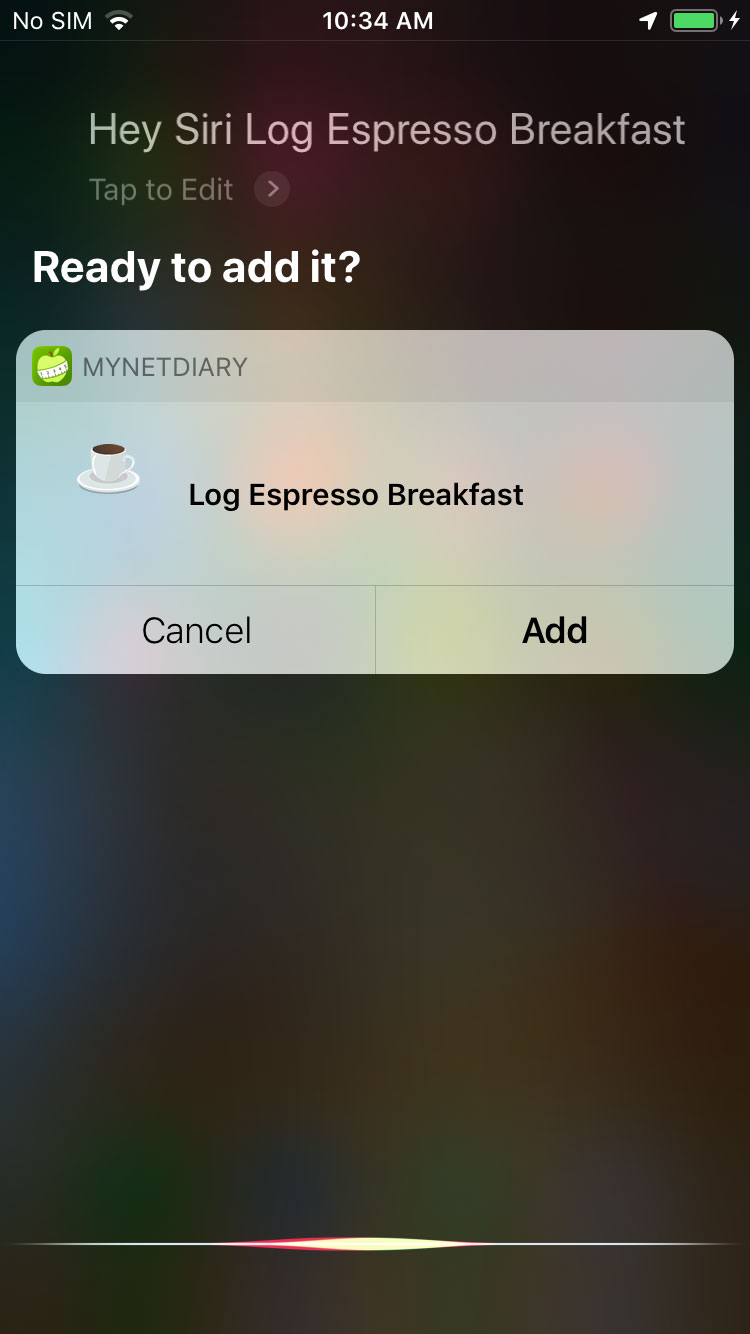 The nice thing is that everytime you create a meal using "My Meal," MyNetDiary provides an "Add to Siri" button in MyNetdiary Settings / Siri area. By the way, when a My Meal is logged, the individual meal items are logged and displayed (e.g. in this example, Kashi cereal, milk, strawberries, and espresso). This is different than logging a custom recipe. 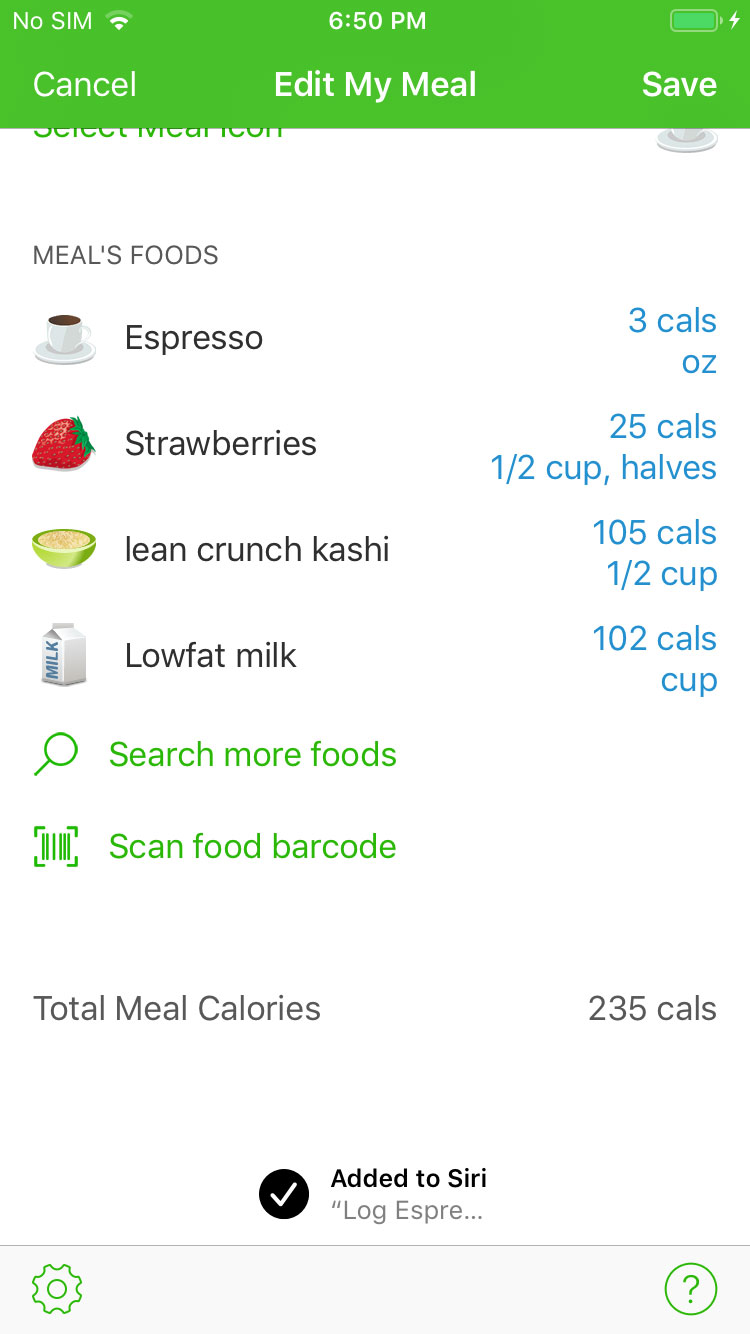 Tip: Name your shortcut in such a way that Siri can easily understand your words. For instance, in the example above, I first recorded my meal shortcut as "Log Kashi Breakfast." However, when I said "Hey Siri Log Kashi Breakfast," Siri could not understand "Kashi" despite being careful to pronounce it the same way as when I had recorded the phrase. To correct this problem, I simply re-recorded this meal shortcut as "Log Espresso Breakfast." Your meal shortcut phrase does not need to have the same exact words as your meal name.

As MyNetDiary provides a built-in GPS tracker to help you calculate calories and log walking, running, and outdoor cycling workouts, it also lets you use Siri to start and stop these workouts in MyNetDiary.

If you currently have a GPS workout running in MyNetDiary, you can stop it by simply saying "Hey Siri stop workout". The workout will stop and if you want to save it, you have to tap "Save" by hand.

Why won't my phone respond to verbal commands?

Go to your iPhone Settings / Siri & Search screen and check that the Ask Siri section has "Listen for Hey Siri" and "Allow Siri When Locked" toggled on. From Siri & Search main screen, also scroll down and tap "MyNetDiary" from your list of apps and check that "Search, Suggestions & Shortcuts," "Allow on Lock Screen" and "Use with Siri" are all toggled on.

It is very easy to forget the actual shortcut phrase. You can check to see the exact shortcut phrase you recorded by going into MyNetDiary's Settings / Siri screen, tapping Siri Shortcuts, then tapping each shortcut to see the exact phrase. If you find that you picked a phrase that is hard for Siri to understand or for you to remember, simply tap "Re-record Phrase" to create a new one.

Enjoy exploring what Siri shortcuts can do for you. You might find that you log more consistently when you can use Siri to perform actions, especially when your hands and eyes are not free. Siri shortcuts are also helpful to get an accurate time stamp of your meal. 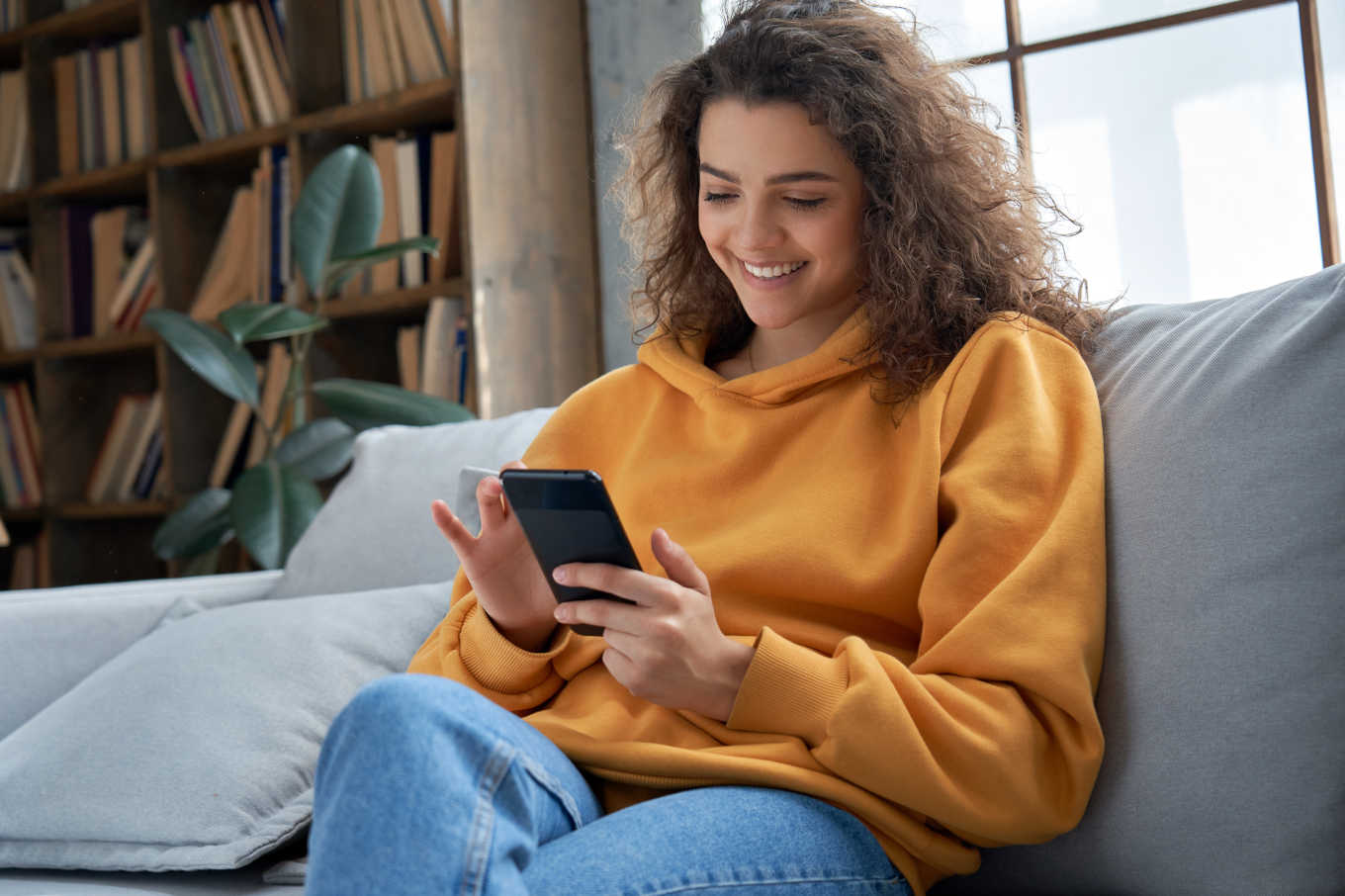 How to track food intake and exercise for long-term success 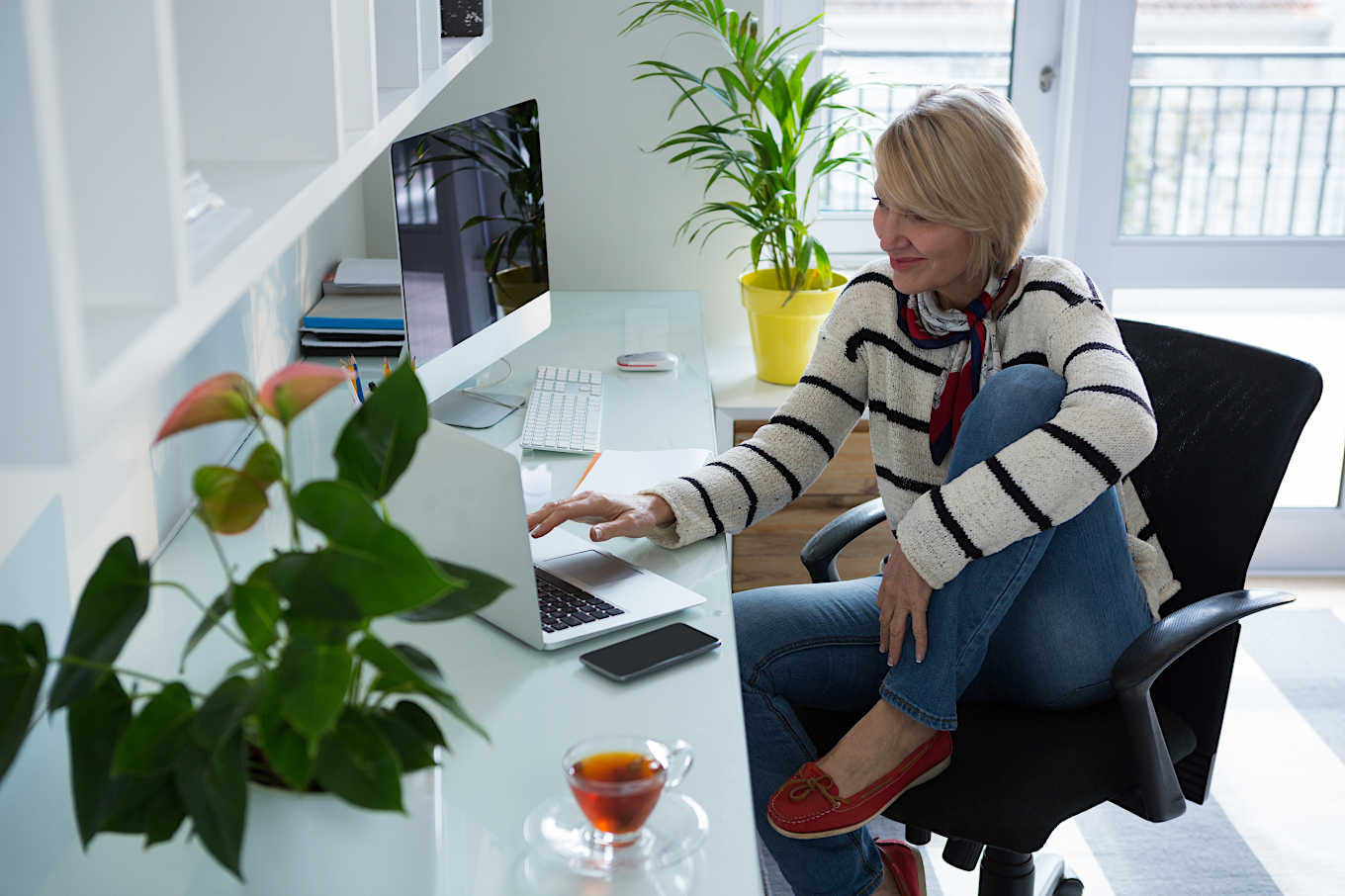 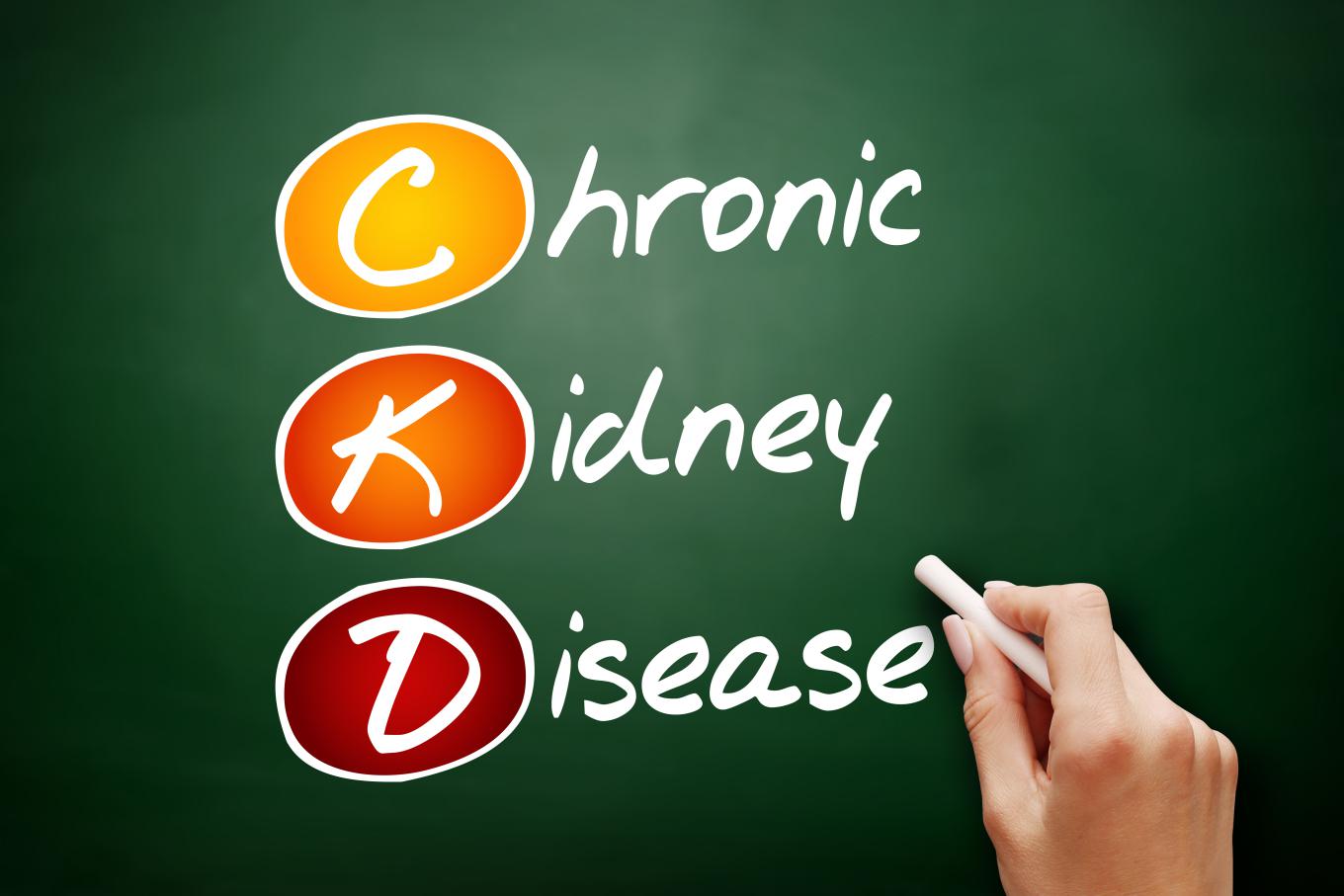 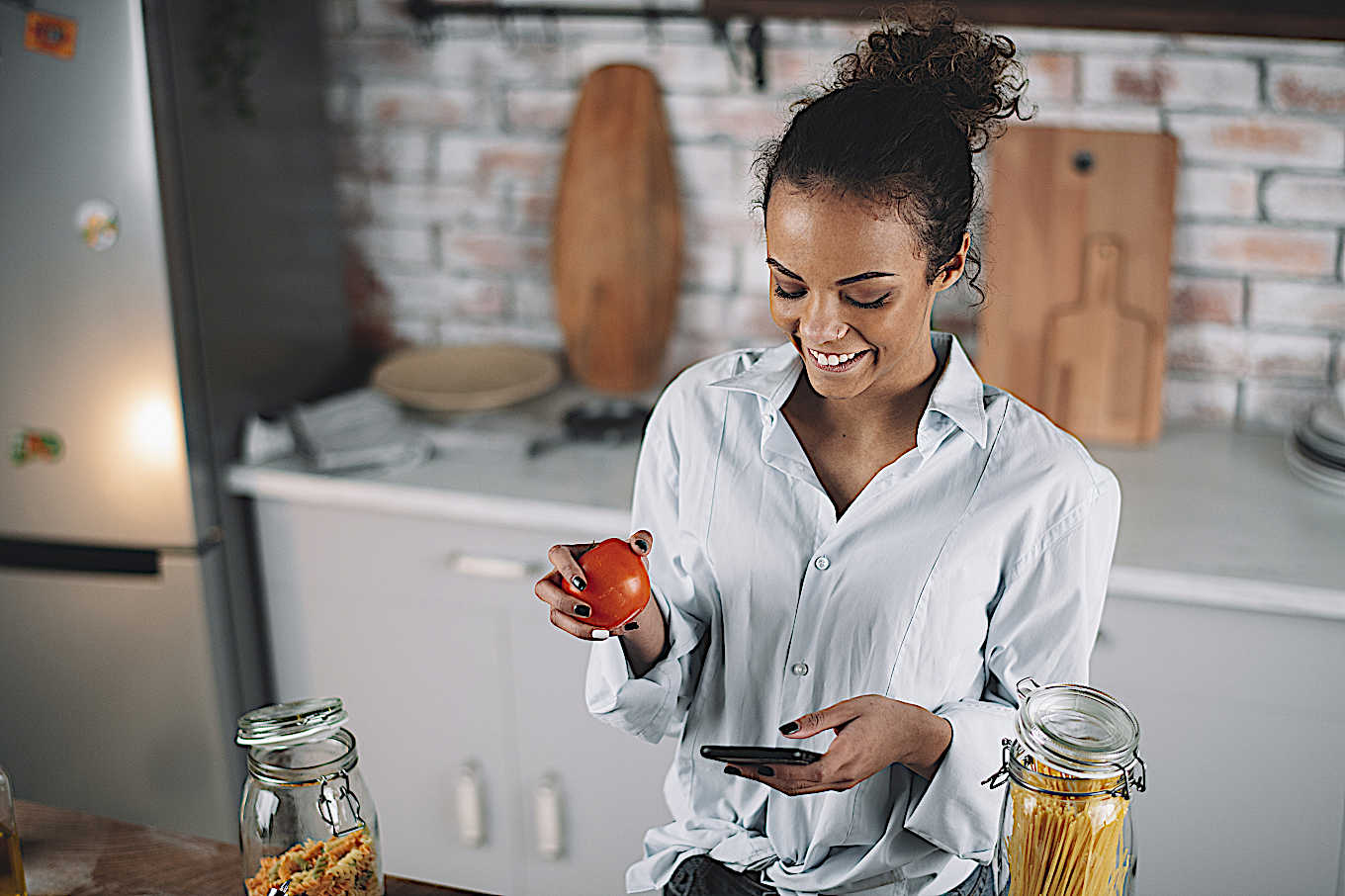 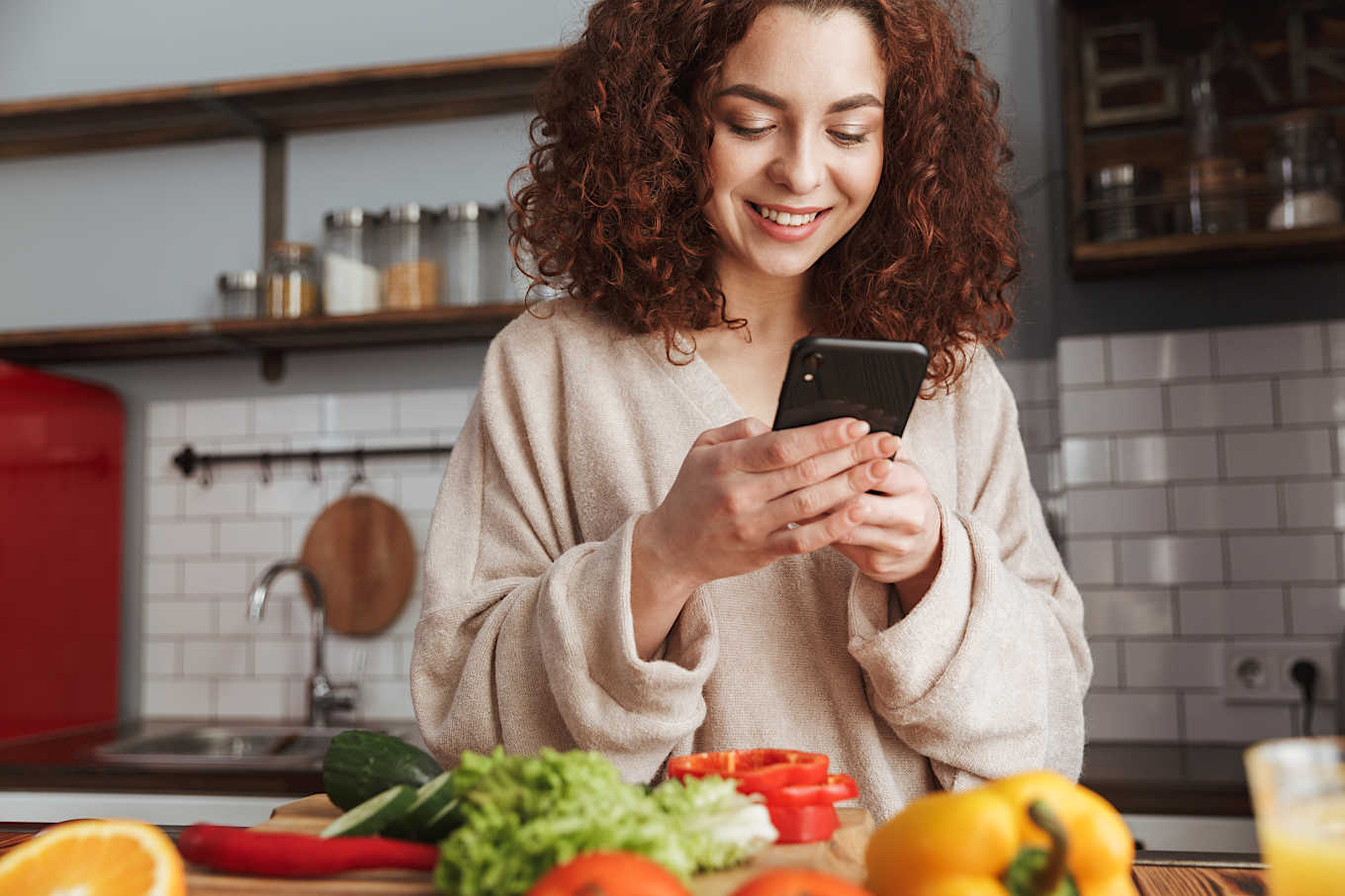 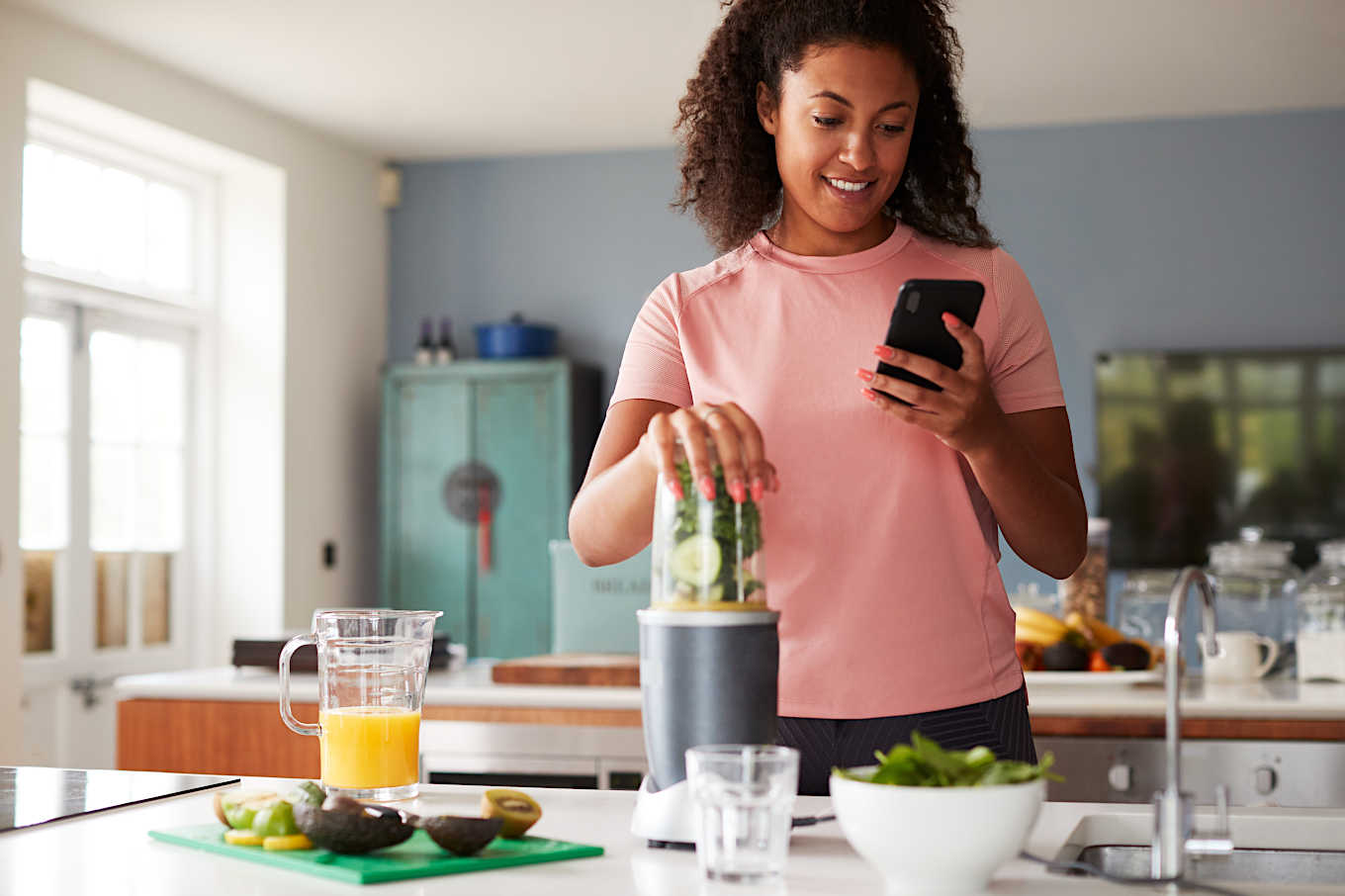